How to launch effortlessly in 2020 with Fabiola Giordani 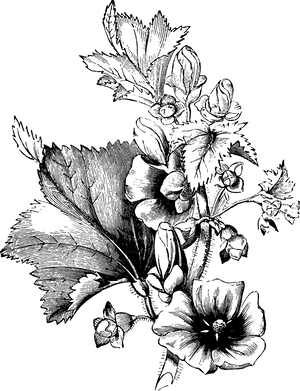 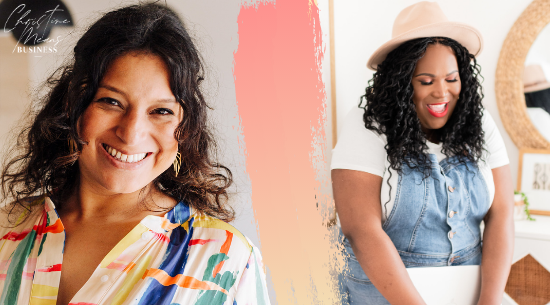 Today I am joined by an amazing business coach Fabiola Giordani. Fabiola is a launch strategist and business coach. She helps women entrepreneurs package their expertise into profitable courses, a group program, and experience fun and sold-out launches. She has developed a simple and repeatable launch system that has grossed millions of dollars of revenue for her clients. She's on a mission to help women turn their knowledge into bankable assets and confidently sell their work. She's also been named by Huffington Post as one of the 50 must follow women entrepreneurs in 2017, and Empire Life Magazine as one of the top virtual entrepreneurial influences and mentors.

Launching is getting yourself out there and making your product or service known. And it should be doing three things for you: building your brand recognition, building your community, and obviously making sales.

According to Fabiola, there are 4 launch archetypes.

The first one is the silent launch or the stealth launch and that's when you're launching to an exclusive group of people. For most introverts, it sounds good, you're really just building up the momentum to get people into this place, whether it's your email list, a Facebook group, wherever you want them to connect with you further. And then you would open it for a short period of time. So you do like a three-part email series with some content and engage with people. And what you're doing also is you're training them to open your emails and connect with them. And then when you're ready, you put it out there in a short period of time, usually anywhere from two days to six days, you open the cart, and boom, you can sell within that period.

The second one is the powerhouse launch, which is the most modeled one, but there are two levels, there's the micro and the macro. What we usually see is the big one, the one that's in our face. But if you're first starting out a micro launch is better for you. Because it's a little bit more inviting, it's more personal, not that the other one isn't, but you can have a chance to make mistakes too and you don't have to do so much. When doing a micro launch, you choose one launch event to kick off your launch, you're not trying to do every single thing you see out there, you're choosing what feels good to you- you can do a podcast series or email, whatever works for you.

The third one is the evergreen launch. One thing to keep in mind is don't try to automate anything that you haven't actually launched out there. No one knows what your product is and you're like- I'm not going to be available for you, I'm not going to connect with you just buy this. It's not impossible to sell an automated product or a digital product through a sequence, but what makes it convert the best is that you have data- these emails converted really well and this kind of copy and maybe this strategy works, and then you can infuse it into an actual evergreen process.

The fourth one is the high-end launch; this is where you're a high-end program. So that's a little bit more refined, you don't have to do all of the things that you do for a course or program launch, but there are additional steps that you're taking. When you're selling high end, people have a specific problem they want solved, and they know you can do it. 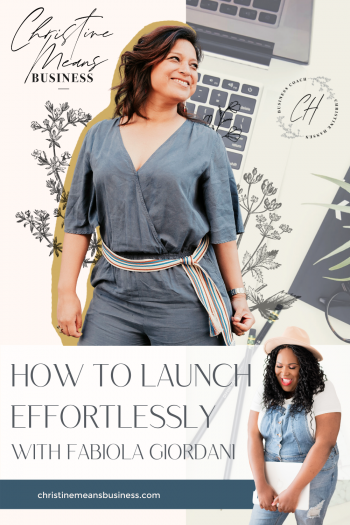 You have to decide where you fall in that spectrum. You choose an archetype based on your lifestyle, energy you want to put in, the budget that you have, how big do you want to go, and how many people do you want to impact.

How to do High-end Launches

When it comes to a high-end launch, there are different ways to do it. One example is to first warm up your audience with an email sequence, teach, encourage, love on them. And then make sure you're mentioning your one-on-one work, including testimonials and case studies. Then you could do an invitation call, let them know- this is what I teach, this is what I do. Be very clear in your invitation. And if you're not comfortable giving the figure, at least let them know if it's a four, figure, five-figure investment.

When you do that kind of soft launch, make sure you have some prep things created like a video, because if the person on the phone says I want to speak to my partner, send them an email with a video that they can show to their partner about what you do and address objections, show your results.

Another example is doing a webinar or a masterclass, whatever you want to call it. But the important thing to remember is to be very clear- tell them that this webinar is not like the ones you've seen online, be upfront, add smart scarcity- let them know it's not open forever, let them know that your coaching availability is short, don't be afraid to say I'm taking only x clients or I'm only gonna do this for x amount of time. So just give them the high-level overview of what it is that you're going to teach, showcase your testimonials, making sure you address the objections.

If you want to find out more, you can check out Fabiola’s Instagram or look her up on Facebook.

She also has a wonderful gift for you on her website. It is a playbook that walks you through the process of a launch that works for you. In the end, there is a planner where you can plan your launch step by step. It's super simple and makes your life so much easier. 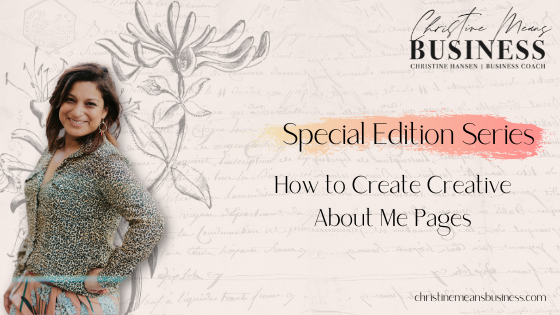 How to Create Creative About Me Pages

Read How to Create Creative About Me Pages You have been procrastinating for weeks, only thinking of how to write 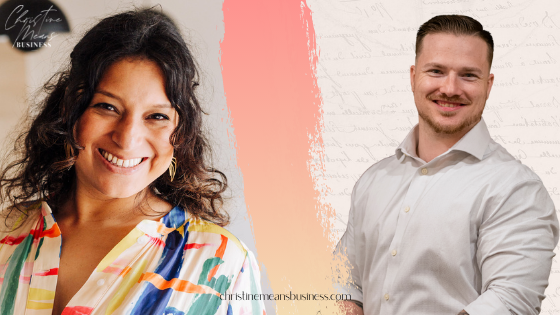 Starting a podcast to help grow your business with Kevin Palmieri

Watch Listen Read This year I am going all-in on audio. Why? Because that’s what I prefer and what comes 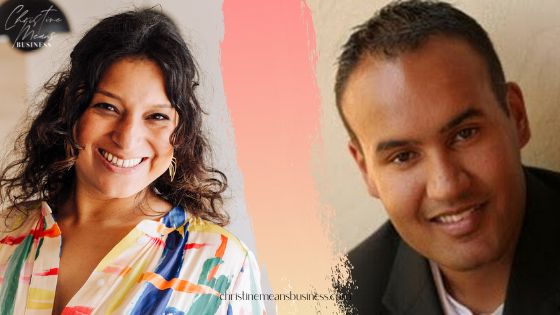 Scaling your Business through Process Documentation with Dean Soto 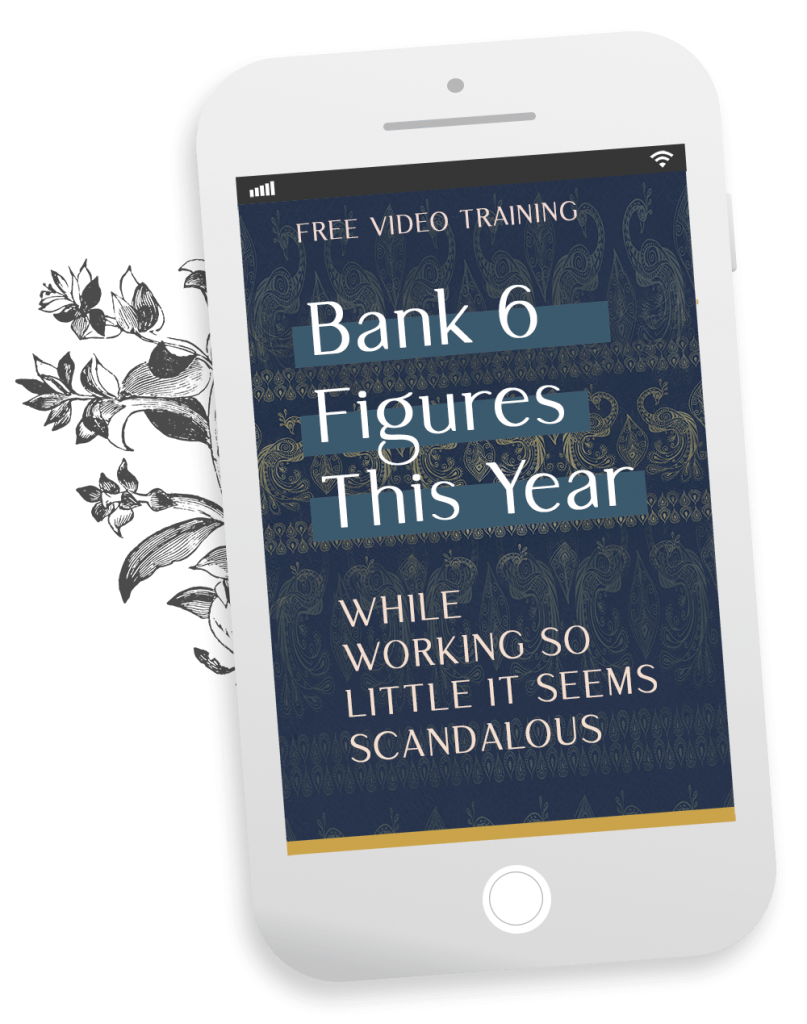 The 5 strategic pillars that will support a pleasurable, sustainable, and profitable online business

Are you struggling to get your online business up and running? Or maybe you've realized that your income is closer to your childhood babysitting rates than the 6-figure dream you were promised?

I know how frustrating this can be.

Far too many experts make it seem like starting an online business is super easy. So why is it that no matter how hard you work (or how many date nights you skip to “network” in Facebook groups), you’re still riding the feast and famine roundabout?

Where’s all that glorious money freedom and time freedom that you deserve?

Don’t worry. I can guide you and get you back on the right distraction-free path.

Grab this audio training and learn the 5 strategic pieces you must have in place to run and grow a beautiful and successful business you’ll love (instead of a hustle monster you’ll resent!).

READY TO TURN YOUR HARD WORK INTO COLD HARD CASH? ENTER YOUR NAME AND EMAIL BELOW.